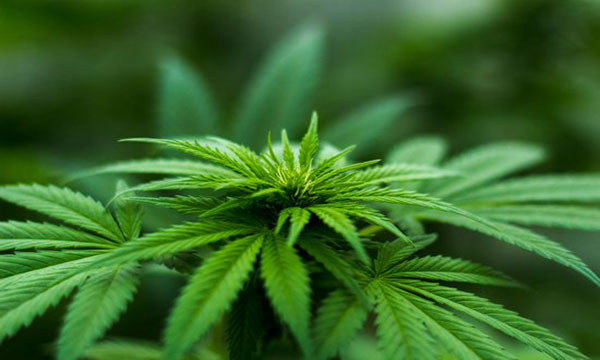 CALGARY, Alberta, June 18, 2018 — Maple Leaf Green World Inc. (“Maple Leaf” or the “Company”) (NEO:MGW) (OTCQB:MGWFF) is pleased to announce that it has closed the first tranche of its previously announced non-brokered private placement (the “Offering”), which was conditionally approved by the Aequitas NEO Exchange Inc. (the “NEO Exchange”) on June 12, 2018, and previously announced in its press release dated June 1, 2018. The Company has so far received subscriptions in the amount of $3,226,620. The Company has issued an aggregate of 4,093,699 units of Maple Leaf (“Units”) at a price of $0.60 per Unit for aggregate gross proceeds of $2,456,220 for the 1st tranche. Each Unit is comprised of one common share in the capital of the Company (each, a “Common Share”) and one Common Share purchase warrant (each, a “Warrant”). Each whole Warrant entitles the holder to acquire one Common Share at an exercise price of $0.90 up until and including June 15, 2020. The Corporation anticipates closing of next tranche of the Offering on or before June 30, 2018, for collective gross proceeds from the Offering (including proceeds raised under the first tranche of the Offering) of up to $5,000,000 and is in receipt of certain subscriptions from proposed subscribers for the Offering’s all tranches.

The Offering is subject to the receipt of final approval of the NEO Exchange. The securities issued under the Offering are subject to a four-month hold period in accordance with applicable Canadian securities laws.

As previously disclosed in Maple Leaf’s press release dated June 1, 2018, the Corporation will pay to certain finders a fee equal to 7% of the proceeds raised from subscribers to the Offering introduced to the Corporation by such finders. Payment of such fees will be made upon closing of the final tranche of the Offering.

The Company intends to use the net proceeds of the funding to advance its engineering and construction plans for its cannabis cultivation facilities in Telkwa, British Columbia and Henderson, Nevada and for general corporate purposes.

Maple Leaf is a public Canadian company that focuses on the cannabis industry in North America. The Company currently operates cannabis projects in British Columbia and Nevada. With over ten years of extensive greenhouse management experience, the Company applies its eco-agriculture knowledge and cultivation technology to produce contaminant-free organic cannabis products. Maple Leaf’s long-term objective is to produce cannabis oil and to export its products to approved countries. The Company’s common shares are listed for trading on the NEO Exchange under the symbol “MGW” and on the OTCQB market under the symbol “MGWFF”.

Generally, forward-looking information can be identified by the forward-looking terminology such as “plans”, “expects” or “does not expect”, “is expected”, “budget” or “budgeted”, “scheduled”, “estimates”, “projects”, “intends”, “proposes”, “complete”, “anticipates”, or “does not anticipate”, or “believes”, or variations of such words and phrases or state that certain actions, events or results “may”, “can”, “could”, “would”, “might”, or “will be taken”, “occur”, or “be achieved”. Forward-looking information is subject to known and unknown risks, uncertainties, and other factors that may cause the actual results, level of activity, performance, or achievements of the Company to be materially different from those expressed or implied by such forward-looking information, including but not limited to: risks related to the development and operation of the Company’s projects, risks associated with general economic conditions, adverse industry events, marketing costs, loss of markets, future legislative and regulatory developments involving medical cannabis, inability to access sufficient capital from internal and external sources, and/or inability to access sufficient capital on favourable terms, the medical cannabis industry in Canada and the jurisdictions where the Company operates generally, income and sales tax and regulatory matters, competition, regulatory approvals including approvals from municipal, provincial, and federal regulatory bodies in Canada. Although the Company has attempted to identify important factors that could cause results to differ materially from those contained in forward-looking information, there may be other factors that cause results to be materially different from those anticipated, described, estimated, assessed, planned, or intended. Accordingly, such list of factors are not exhaustive. Additional information on these and other factors which could affect the Company’s operations and financial results are discussed in the sections relating to risk factors of the business filed in the Company’s required securities filings with applicable securities commissions or other securities regulatory authorities and which may be accessed through the SEDAR website (www.sedar.com).

Specifically, this press release includes, but is not limited to, forward-looking information with respect to the timing and completion of the second tranche of the Offering, the use of net proceeds from the Offering, the receipt of regulatory approvals, and the timing thereof, the future operations of the Company, and other statements that are not historical facts. These forward-looking statements are made as of the date of this press release and the Company does not undertake to update any forward-looking information contained in this press release or that is incorporated by reference herein, whether as a result of new information, future events or results or otherwise, except in accordance with applicable securities laws.