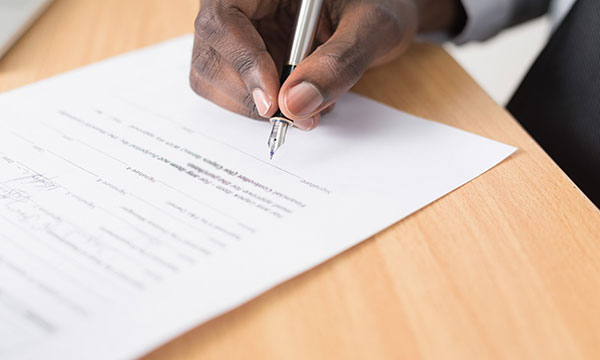 The production of the Company’s new brand of CBG Hemp Cigarettes with Hempacco Packaging is underway. The 20-pack of Hemp Cigarettes will retail through Hempacco’s channels and on the Company’s new e-commerce platform currently in development. In addition, the Company is also developing its own marketing efforts on custom pre-rolls, oil and buds sale. As such, The Company is expanding and diversifying its commercialization by constructing structural buildings for processing its products as well as for staff residency.

The Company’s main focus is on its California CBG Hemp grow and its partnership agreement with Hempacco to develop its brand of CBG Hemp Cigarettes. The Company recognizes the tremendous potential with Hempacco that it will allocated a majority of its raw materials to Hempacco’s processing facility. In order to maintain sufficient inventory for the business partnership with Hempacco and the Company’s other sale initiatives, the Company will be expanding its operation by constructing up to two (2) additional greenhouses. The Company will also be clearing more land on its 20-acre property to prepare for an outdoor cultivation, in which a new strain, specifically formulated for outdoor grow, will be selected. The new strain will add its characteristics to a proprietary strain to create a unique brand to broaden the Company’s inventory.

The Company has submitted a sample to the lab from its 2nd crop to be tested for CBG and THC concentrations as part of the licensing requirement. Harvesting will begin shortly after and the cultivation team is expecting a higher yield than its first crop. With harvesting procedures underway, the Company has also started germinating a new batch of La Creme seeds for its 3rd crop. To see updated photos from the 2nd Harvest, please visit the Company’s CBG Hemp website.

Maple Leaf’s goal was to complete the Telkwa facility by securing a mortgage with the purchase of the land from Woodmere. Maple Leaf’s application for subdivision of Woodmere’s land, upon which the Company was constructing its facility having not been successful, Maple Leaf needed to halt the completion of that facility nearly two years ago. The Company’s thereby discontinuing its lease payments to Woodmere and continued communicating with Woodmere to find a solution. Recently, Woodmere has commenced legal proceedings against the Company to collect unpaid rent and associated expenses. Woodmere is seeking from the Company $0.5 million in damages. Woodmere has also terminated its lease to the Company, thereby eliminating Maple Leaf’s interests in its unfinished facility.

As such, Maple Leaf has counterclaimed against Woodmere on claims that Woodmere’s acts and omissions at the time of leasing materially contributed detrimentally to the Company’s goals not being achieved, thereby damaging the Company. In Maple Leaf’s counterclaim against Woodmere, Maple Leaf has sought damages for lost value of the Company’s lease expenses; for the forfeited value of the facility of $11 million; and for damages for lost business opportunities of $20 million.

In related matters, litigation continues from Maple Leaf’s contractors for its former facility, who claim damages for unpaid construction invoices. These eight separate actions brought against the Company directly or indirectly, have now been consolidated into a single action, where the primary defendants are Maple Leaf and Woodmere; against whose title to its property the contractors has registered builders liens. In that consolidated action a case planning conference is scheduled for March 12, 2021 and a three week trial has been scheduled for late June and July 2021. Woodmere and Maple Leaf are strenuously defending this action. The Company does not expect the actions to proceed on the scheduled trial dates, as having been set too early for all parties to be ready to proceed. In those combined actions, the claims against Woodmere and Maple Leaf now exceed $4 million (with claims against Woodmere and its title to its property being less, due to builder’s lien claims limitations). One other contractor to the Company obtained a BCSC Smithers Default Judgment against the Company in Q4, 2019 for nearly $0.5 million, for which Judgment that contractor has not taken any further court proceedings.

In all ongoing litigation, each party’s outstanding claims remain unproven.

California may be used to reach settlements to the claims against the Company referred to above.

For further information and updates regarding the Company, please visit https://www.mlgreenworld.com/.

Maple Leaf is a public Canadian company that focuses on the cannabis and hemp industry in North America. The Company currently has cannabis and hemp projects in British Columbia and California. With over 10 years of extensive greenhouse management experience, the Company applies its eco-agriculture knowledge and cultivation technology to produce contaminant-free cannabis products. Maple Leaf’s long-term objective is to produce cannabis oil and to export its products to approved countries. The Company’s common shares are listed for trading on the Aequitas NEO Exchange Inc. under the symbol “MGW” and on the OTCQB market under the symbol “MGWFF.”

This news release may include forward-looking statements including opinions, assumptions, estimates, the Company’s assessment of future plans and operations, and, more particularly, statements concerning: the Proposed Transaction and the timing thereof; When used in this document, the words “will,” “anticipate,” “believe,” “estimate,” “expect,” “intent,” “may,” “project,” “should,” and similar expressions are intended to be among the statements that identify forward-looking statements. The forward-looking statements are founded on the basis of expectations and assumptions made by the Company that include, but are not limited to, the timely receipt of all required regulatory and third-party approvals, including approvals from NEO and from the shareholders of Maple Leaf. Forward-looking statements are subject to a wide range of risks and uncertainties, and although the Company believes that the expectations represented by such forward-looking statements are reasonable, there can be no assurance that such expectations will be realized. Any number of important factors could cause actual results to differ materially from those in the forward-looking statements including, but not limited to: regulatory and third party approvals, including approvals from NEO and from the shareholders of Maple Leaf, not being obtained in the manner or timing anticipated; the ability to implement corporate strategies; the state of domestic capital markets; the ability to obtain financing; changes in general market conditions; industry conditions and events; and other factors more fully described from time to time in the reports and filings made by the Company with securities regulatory authorities. Please refer to the Company’s annual information form (“AIF”) for the year ended December 31, 2018 and management’s discussion and analysis (“MD&A”) thereof for additional risk factors relating to the Company. The AIF and MD&A can be accessed under the Company’s profile onwww.sedar.com.